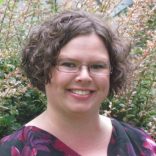 Jeanne Drumm is a former student of the Suzuki Institute of Seattle, having studied piano, violin, viola, and flute.  She has been teaching for over 30 years, and accompanying for 35 years. She received her Bachelor and Master of Music in piano performance from the University of Washington, where she studied with Patricia Michaelian and Craig Sheppard. Jeanne holds a DMA from New England Conservatory, where she was also a teaching assistant, class piano teacher, and office manager of the Music History department.

She is delighted to be back in Washington after having a music studio in Massachusetts for 16 years. Dr. Drumm has received Suzuki training from Diane Williams, and is continuing her training through SAA. Jeanne is a frequent adjudicator, coach, and accompanist, and can be heard playing with the Tacoma Symphony. Many of her students have gone on to pursue music in college, either as professionals or amateur musicians. 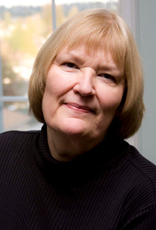 Janai Fuller holds a degree in music education and a master’s in violin performance. She has studied Suzuki pedagogy in Matsumoto, Japan with Shinichi Suzuki. Her U.S. Suzuki education has included institutes with John Kendall, Lorraine Fink, Doris Preucil and others. Many of her students have gone on to major in music and have teaching and playing careers. Janai plays in the Auburn Symphony and Quartet Con Brio. 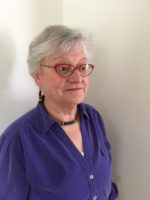 Linda Gutterman has recently relocated to Seattle from Arlington, VA where she had a large and active Suzuki piano studio for over 35 years. She holds a Master of Music degree, was a member of the faculty for the Preparatory School of the Peabody Conservatory, and is a nationally certified teacher of music through the Music Teachers National Association. An active member of the Suzuki Association of the Americas, Linda is a frequent collaborative pianist and workshop clinician.

Rose Hashimoto grew up in Seattle and got her start studying viola and piano at the Suzuki Institute of Seattle. She recently returned to Seattle after a long stint in New York City. Rose was a member of the string orchestra Shattered Glass Ensemble and the Thalia Quartet, who served as Quartet in the Community for the 2013 Banff International String Quartet Competition. She has performed as a guest with two-time Grammy nominee A Far Cry, Trio Cleonice, the Aeolus Quartet, and the Argus Quartet. Rose has performed around the world in major venues and at music festivals including Birdfoot, Manchester Summer Chamber Music, Lucerne, Yellow Barn, Taos, and Kneisel Hall. Rose is co-founder of Listen Closely, an organization dedicated to building community in upper Manhattan through music.

Rose earned a B.M. from Juilliard and a M.M. and Professional Studies Diploma from Mannes College. She completed the two year Suzuki Teacher Training program at the School for Strings in New York. Rose previously served on the faculty of the Lucy Moses School at the Kaufman Music Center, the Preparatory Center for the Performing Arts at Brooklyn College, and the El Sistema-inspired programs Upbeat NYC and Harmony Program.

Leah Hoffman has been teaching at the Suzuki Institute of Seattle since 2006. She is an active member of the Suzuki Association of the Americas (SAA) and has completed Suzuki training courses with Cathy Lee, Edmund Sprunger, Allen Lieb, Joseph Kaminsky, Joanne Melvin and Judy Bossuat. She is a member of  NOCCO (North Corner Chamber Orchestra). Leah was a violin and viola coach for the summer camp SYSO Summer Music for 13 years. From 2006-2011 Leah was a sectional coach for the Seattle Youth Symphony’s Debut and Junior Symphonies. Leah is a former member of the New World Symphony under the direction of Michael Tilson Thomas in Miami Beach, Florida. She earned her Master’s degree in viola performance from Rice University and her Bachelor’s degree in viola performance from the Cleveland Institute of Music. Outside of teaching, Leah enjoys ballroom dancing, cooking, trying new restaurants, camping, and reading on her Kindle. 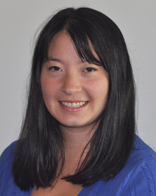 Hilary Lim received her BM degree in piano performance along with a minor in education from the University of Washington, where she studied with Dr. Patricia Michaelian and Dr. Nancy Jang. Hilary was raised in the Suzuki program, and has studied Suzuki pedagogy with Michi North, Pam Chang, and Diane Williams. She has collaborated with instrumentalists and vocalists around the Seattle area, and accompanies instrumental recitals frequently. Hilary has adjudicated for the Seattle Federated Music Teachers Festival and is a chamber music coach at Vivace Chamber Players. Hilary’s students frequently comment on her compassionate and gentle style of coaching, and her fun sense of humor. She enjoys the unique creativity that music offers, and loves working with students of all ages to explore and discover a lasting enjoyment of music.

Robert T. Murphy holds a BM in violin performance and a MM in violin pedagogy with a k-12 music education certification.  He studied with Myron Kartman,  David Cerone, Bernard Zinck, and string pedagogy with Darcey Drexler and Mimi Zweig.

Mr. Murphy formerly taught orchestra at Whitefish Bay Middle School in Whitefish Bay, Wisconsin, and violin instruction at the Milwaukee Youth Symphony Orchestra. He has given masterclasses, and has adjudicated for many music festivals and competitions throughout the United States, Canada, and China. 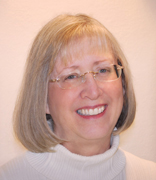 Linda earned a BA in Music Education and a MA in Violin Performance. She studied Suzuki pedagogy with Shinichi Suzuki, Yuko Mori, John Kendall, Mark Bjork and numerous other clinicians. During her training she observed weekly lessons given by Miss Aruga and Tove Detrekoy.

Linda is a frequent clinician at the Washington State Suzuki Festival. Prior to joining the Suzuki Institute of Seattle, she maintained a large, private studio and was active in the local home school community. Her former students have been regional Solo and Ensemble winners, pursued music majors at universities, earned positions in professional orchestras and became Suzuki teachers.

She enjoys the opportunity of taking students on the journey of learning violin and the many life lessons that violin study teaches.